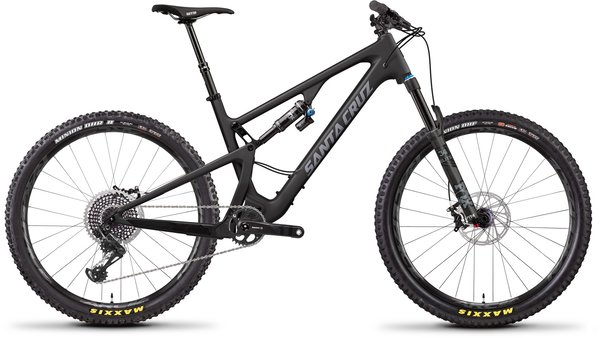 The 5010 is the most fun you can have on two off-road wheels and Danny MacAskill’s wee bike of choice. Turning trails into pump tracks and logs into launches, this bike begs to spend as much time above the ground as on it. It's a laser-sharp, agile trail whip that turns on a dime and loves to pop and play. The 130mm-travel 5010 sports short chainstays and a low BB for a uniquely playful character and an insatiable appetite for negotiating steep, technical climbs. When it’s time to descend, the bike’s 66.2/66.5-degree head tube angle (adjusted via flip chip) and generous reach/short stem combo equate to precise, confident handling. The upper-link driven shock VPP suspension is configured to be sharp and responsive. A firm beginning stroke makes for responsive, snappy pedaling and provides support for small bump, bump-jump playfulness, while the progressive curve offers the bottom-out resistance to make it feel like there’s a lot more travel than there actually is. There’s also more than enough tire clearance to run just about any size tire, with room to run 2.8-inch tires if that’s your thing.

The 5010 Carbon CC X01 features more performance-oriented components to match your aggressive riding style. SRAM Guide RSC hydraulic disc brakes and an X01 Eagle 1x12 drivetrain provide pinpoint speed control with incredibly low weight, whether you're tucking in for a tight corner or giving it the gas up a scrambly climb. Fox absorbs the chop to keep you tracking truly with a 34 Float fork and DPX2 shock while the 27.5-inch tubeless-ready Race Face rim and Maxxis Minion tire combo is light and responsive for efficient, stable handling. Kick it up a few notches with an upgrade to Santa Cruz’s Reserve wheels, featuring a carbon rim that holds up to abuse better than most rims of any material, all while staying true and shaving precious rotating mass.

It’s considered the deep cut in the Santa Cruz range by the riders who really know. While people busily overbike, 5010 owners get to the source. It’s the thrasher’s tool.